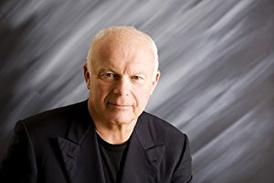 When ISIS detonates nuclear weapons in two key American strongholds, the United States plunges into chaos and the CIA scrambles to prevent a third tragedy in Without Mercy, a terrifying and topical thriller from Colonel David Hunt and R.J. Pineiro.

The unthinkable has happened: ISIS, covertly assisted by Pakistan’s intelligence services, has acquired nuclear weapons and the ability to deliver them anywhere in the world. They begin with an attack at Bagram Airfield, America’s largest military base in Afghanistan. A second weapon is detonated in Battery Park in New York City.

The blast levels a square mile of Manhattan, including the Financial District. Hundreds of thousands perish. The American economy is in chaos. Banks close their doors. The U.S. supply chain is disrupted. Riots and looting break out while enemies in the Middle East burn U.S. flags in celebration.

The stakes skyrocket when Islamabad CIA Station Chief Bill Gorman unearths evidence of a third bomb headed our way. Across two continents the chase is on to find the runaway terrorists led by the ruthless and capable Salma Bahmani, star agent of Pakistan’s Inter-Services Intelligence, the dread ISI. She will stop at nothing to deliver what could be the final nail in America’s coffin.

“Without Mercy is the ultimate terrorist scenario, with authenticity steeped into every page.  Readers who enjoy Tom Clancy will find a new favorite”
―Ward Larsen, USA Today bestselling author of Assassin's Silence

“The authenticity of the story makes the tale particularly terrifying, especially at a time when real-life international relations appear unstable. A fine apocalyptic thriller right up the alley of Clancy and Thor fans.”
―Booklist

“A superb book . . . one of the best thrillers I have read since Stephen Coonts’ Liberty’s Last Stand. I did not want to put the book down.”
―Fresh Fiction 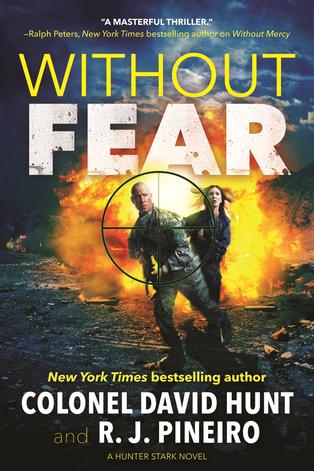 Waging a Secret War.
WITHOUT REGRET.
To Prevent . . . a World War.

Against all odds, Colonel Hunter Stark and FBI Special Agent Monica Cruz must cross the lines of morality and justice in order to track down the perpetrators of a heinous crime that threatens to bring modern civilization to the very brink of a nuclear apocalypse.

In a tragic turn of events, Kim Jong-un, President of North Korea, is assassinated during an official visit to the United States.

On the surface, it appears as if the attack was carried out by the Japanese Mafia. And since it occurred on American soil, it makes the surviving and paranoid leadership in Pyongyang believe this could be the precursor to a long-feared invasion.

As the U.S. Seventh Fleet comes under attack in the Sea of Japan, American President Laura Vaccaro orders Stark and Cruz to unearth the proof she needs to exonerate America and Japan before North Korea and its allies -- China and Russia -- escalate the conflict into an all-out shooting war.

It is a haunting journey of unthinkable plots, special ops, thrilling naval battles, and unsavory alliances -- a journey into the heart of darkness, without mercy, without fear . . . WITHOUT REGRET.

Colonel David Hunt is a Fox News analyst with over 29 years of military experience including extensive operational experience in special operations, counter terrorism and intelligence operations. Most recently, Colonel Hunt served as tactical adviser in Bosnia where he facilitated all national intelligence matters for the Commander in Chief.

Prior to this, he served as counter terrorism coordinator to the Summer Olympic Games in Seoul, Korea. In this capacity, Colonel Hunt planned, choreographed and implemented the first United States national response for an Olympic event in Korea in conjunction with Korean National Intelligence and the Korean Crisis Response Agency.

He has served as a security adviser for the Federal Bureau of Investigation as well as state and local police officials. A graduate of Harvard University's John F. Kennedy School of Government, Colonel Hunt holds a Master's degree in English from Norwich University.

​He is the author of the New York Times Bestseller They Just Don't Get It, as well as On The Huntand Terror Red. His new books are Without Mercy and Without Fear, which he co-authored with R.J. Pineiro. 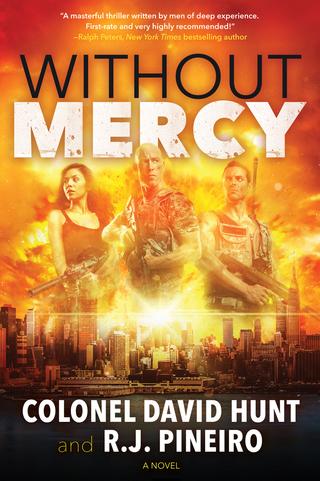 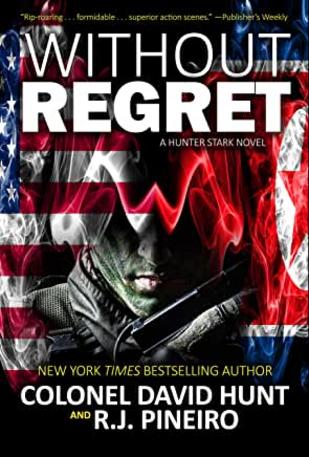 Southern Afghanistan, 2005. NATO forces are battling the Taliban across Kandahar Province. In a terrifying twist, the rebels unearth a tactical nuclear bomb lost in the final days of the Soviet occupation. The years buried in the sand have damaged it, so the Taliban seeks the help of al Qaeda to secure replacement parts through its contacts in Saudi Arabia, the Opium Cartel, and the Russian Mafia. Doing so, however, inadvertently alerts the Americans, the Russians, and the Israelis.

Hunter Stark and his team of CIA contractors are on the chase, dispensing explosive waves of violence to track where the Taliban is hiding the weapon. But Russian Spetsnaz and Israeli Mossad operatives are also in the region following their own agendas―as is NATO―triggering chaos and confusion.

The stakes skyrocket when a courier delivers the components and the weapon becomes functional, forcing Stark to drive full throttle, without fear, into a world of terror, going beyond duty and honor to prevent the unthinkable.Type your paragraph here.

“The story drips with battlefield authenticity, written by someone who has been on the front lines and knows what war looks like.” ―The Real Book Spy