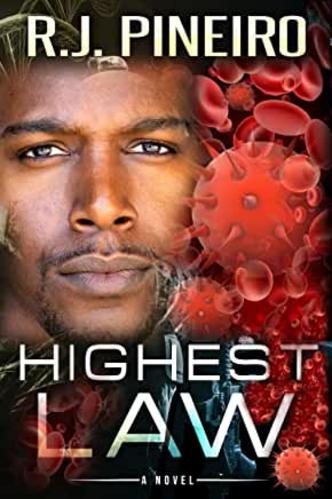 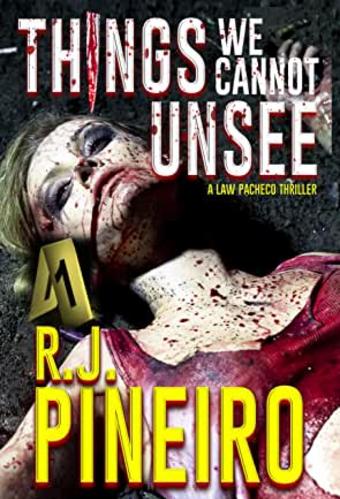 A HEINOUS CRIME.
A TERRIFYING DISCOVERY.
A DETECTIVE ON THE EDGE.

NCIS Agent Lawson Pacheco is scarred to his soul from the violence he has witnessed while serving his country in the War on Terror.

There are things that Law has seen that fuel his nightmares—things he cannot unsee.

But nothing prepares him for the grisly homicides of his brother-in-arms, Navy Commander John Casey and his family—the only family Law has ever known.

Working with fellow agents Mia Patel and Beatriz Howard, Law launches an investigation that, on the surface, suggests Casey butchered his family before eating his gun—further suggesting this to be a tragic case of a PTSD-triggered murder-suicide.

Casey had recently blown the whistle on his superior officers for war crimes committed three years before in Syria—crimes that Casey claimed the Navy tried to cover up.

When an unexpected discovery in the forensi​cs work challenges the official Navy report, Law is propelled into the netherworld of the opium trade, sex trafficking, and corruption in the ranks that costs him and those he loves. But he won’t stop digging—he can’t stop—even when the answers threaten to consume him . . .

THINGS WE CANNOT UNSEE is the shocking psychological thriller of a man haunted by his past while searching for the truth—a truth that comes at a price he may not be prepared to pay.​

A VIRUS RESEARCH GONE WRONG.
A MEDICATION WITH TRAGIC SIDE EFFECTS.
A BIG PHARMA COVER-UP.
HOW FAR WOULD YOU GO TO EXPOSE THE TRUTH?

"An excellent read. It starts out strong, and then it gets better."
--Larry Bond, New York Times Bestselling author.

Something incomprehensible and terrifying is happening in a remote village in Afghanistan.

Navy SEAL commander Law Pacheco is in the area on a routine patrol when he accidentally stumbles onto what appears to be the use of biological weapons on Afghan civilians, including children--with frightening results.

Law immediately reports the horror he has witnessed. But no one will listen.

The very next day, he and his team fall victim to the violence of a U.S. gunship unleashed on a mountainside where he was operating on another routine mission.

Law barely survives the attack. He is rescued by the tough-as-nails Marine Sergeant Adanna Johnson, who hauls Law from the shelling that kills most of his team and inflicts wounds that end his career with the SEALs. But the incident is ruled accidental by the military establishment.

Although it takes him six months to learn to walk again, Law is more determined than ever to get to the bottom of what he witnessed, so he joins the ranks of the U.S. Naval Criminal Investigative Service.

There, Law joins forces with Adanna, and, together with feisty special agent Mia Patel, they launch an investigation that takes them down a twisting path through the dark world of covert clinical trials, illegal medical research, and a Big Pharma cover-up reaching the HIGHEST LAW of the land.