“Grisham fans will enjoy this well written version of The Pelican Brief meets The Net.”
--Austin American Statesmen on Exposure

“Firewall is a finely spun tale as you are likely to read.  The well-executed plot twists keep you riveted.  Fiction of the first order.”
--Clive Cussler.

“A lickety-split new novel . . . Keeps the action churning and the suspense on high.”
--Publishers Weekly on Exposure

"Michael Crichton should start looking over his shoulder, if he hasn't been already."--Booklist on Havoc

"A Fine Apocalyptic Thriller.  Right up the alley of Clancy fans." --Booklist​​

"A gripping and rather terrifying thriller . . . The story moves at top speed throughout." ―BookLoons

“A fast and diverting read . . something to keep you busy while waiting for the millennium ball to drop.”
--New York Times Book Review

“Pineiro takes us on a fancy head trip with plenty of computer fun along the way.”
--Kirkus Reviews

“An enticing new novel . . . paced at a steady rhythm , the narrative oscillates between the technical and the poetic.”
--Publishers Weekly

“Readers with voracious appetites for fast action and hardware will come for this book in droves.”
--Booklist

“Pineiro’s latest high-tech thriller should please his fans.  This one is very detailed, very technical, and very intricate.  The story here is smart.”
--Booklist

“Pineiro is prolific . . . SHUTDOWN can tie your stomach in knots.”
--The Austin Chronicle

“Pineiro scrunches you into an ejection seat and sends you rocketing aloft . . . Thank God for a realist in the ranks.”
--Dean Ing, New York Times bestselling author of Black Stealth OneType your paragraph here. 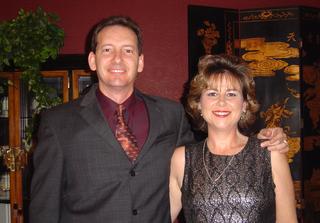 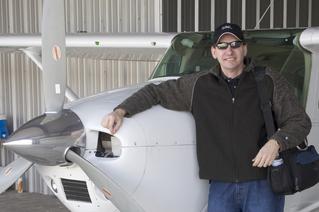 ​Born in Cuba and raised in Central America, R.J. Pineiro spent his early years in the midst of civil wars before he migrated to the United States in the late 1970s, first to Florida, where he attended Florida Air Academy in Melbourne.  There, RJ earned his pilot's license and high school diploma in 1979, before heading to Louisiana for college.

R.J. earned a degree in electrical engineering from Louisiana State University in 1983 and joined the high-tech industry in Austin Texas, where he worked in computer chip design, test, and manufacturing, before retiring in 2012 to focus full time on his books.

In addition to his high-tech work, R.J. added an instrument rating to his private pilot privileges.  He also holds a black belt in martial arts, is a firearms enthusiast, and enjoys the privileges of his Open Water SCUBA certification.

In the late 1980s R.J. began studying to become a novelist.  As he read every chance he had, from classical literature to contemporary novels, R.J.'s love of storytelling became uncontrollable. Using an aging personal computer, he decided to start his writing career. Once he began, he never stopped.

His first published work, SIEGE OF LIGHTNING, a novel about a sabotaged space shuttle, was released by Berkley/Putnam in May of 1993.  His second novel, ULTIMATUM, about a second Gulf War scenario, was released the following year, 1994, by Forge Books, which went on to publish R.J.'s next 12 novels over the following 13 years.

In 2015, R.J. teamed up with TV News military analyst Colonel David Hunt to kick off the "Hunter Stark Book Series."  The first book in the series, WITHOUT MERCY, about ISIS gaining acquiring nuclear weapons, was released on 3.7.17.  The second book, WITHOUT FEAR, about the war in Afghanistan, was released on 8.7.18

​In 2017, R.J. also teamed up with New York Times bestselling author Joe Weber.  The result is ASHES OF VICTORY, a novel of global terrorism and international conflict released by Ignition Books on 9.3.18

In 2018, R.J. penned his nineteenth novel, AVENUE OF REGRETS, a mystery revolving around sex trafficking and domestic abuse.  Check it out on 11.16.18 from Auspicious Apparatus Press.

R.J. married his college sweetheart 35 years ago, Lory Pineiro, an artist and jewelry designer.  They have one son, Cameron & Daughter-in-Law Sarah, and two crazy dogs, Coco and Zea.

Listen R.J.'s interview about his love for books.